JACK PIERCE AFTER UNIVERSAL: 'GIANT FROM THE UNKNOWN' 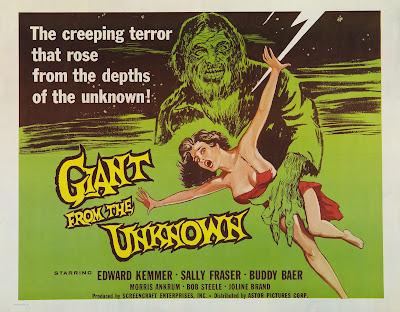 Ten years after he was released from Universal (the official notice states that he "resigned"), Pierce was still working, albeit with a little less inspiration for creating the memorable characters that marked his triumphant earlier years. In GIANT FROM THE UNKNOWN he had the job of creating the visage of Vargas, the Diablo Giant, titular character of the film released by Astor Pictures in March, 1958. 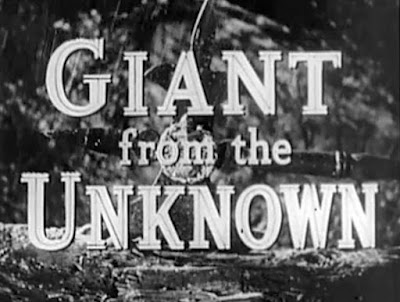 Produced by Screencraft Enterprises and directed by Richard Cunha, GIANT FROM THE UNKNOWN was lensed in Big Bear Lake and the San Bernardino mountains of California. It was Cunha's first directorial role and he managed to make an adventurous and thrilling monster movie on the reported $55,000 budget. It appears from photographs of the "Monster of Devil's Crag" that Pierce was still mining his go-to makeup materials, cotton, collodion and Fuller's Earth. 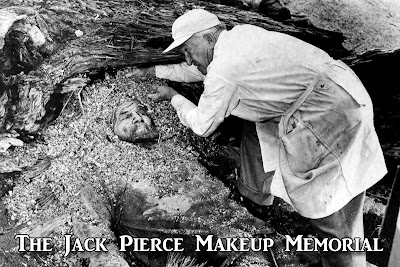