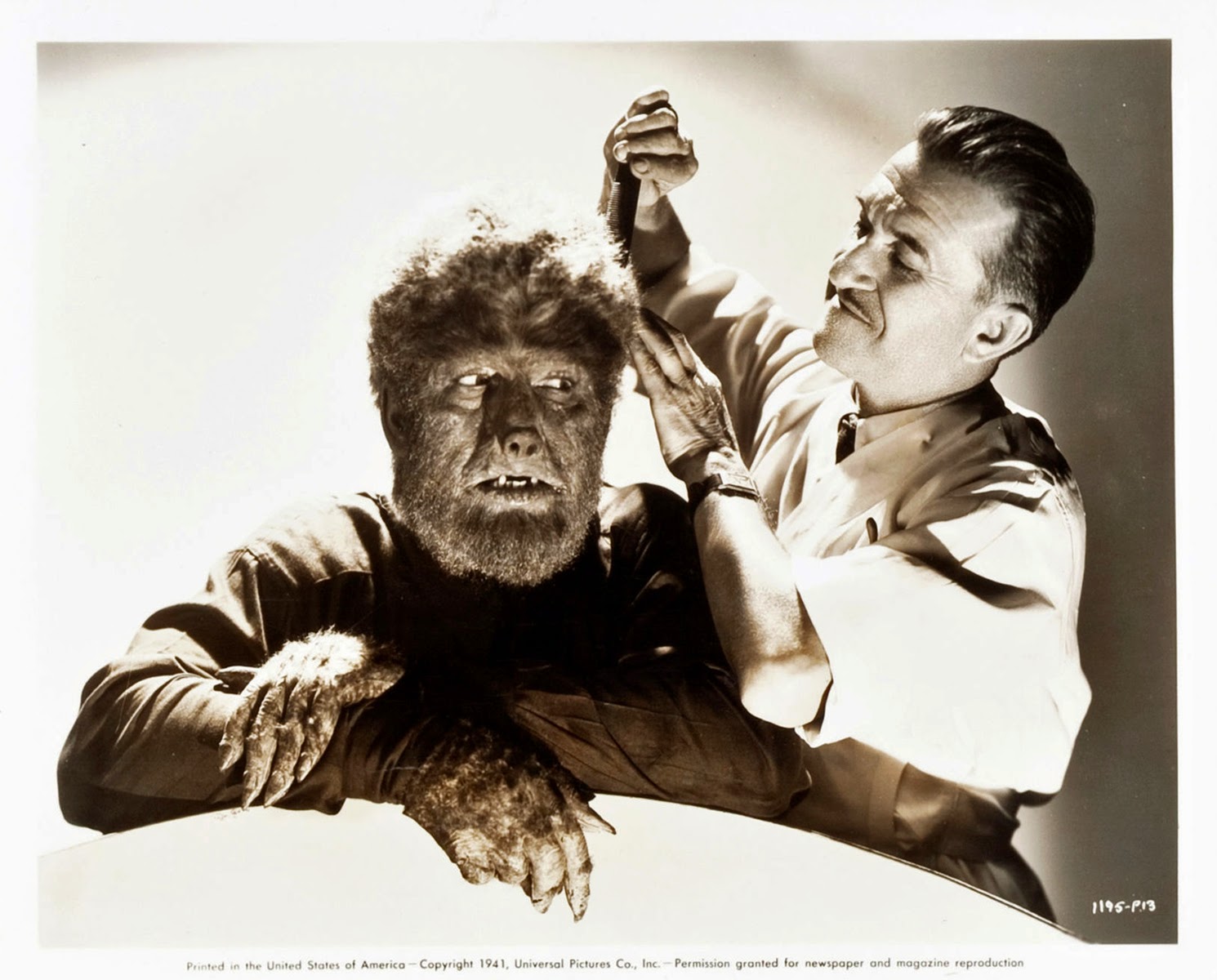 Coming up for bid at auction is an article of Jack Pierce-related memorabilia. The 8" x 10" still depicts Jack applying the finishing touches to Lon Chaney, Jr. as the title character in Universal's 1941 production of THE WOLF MAN.

In typical publicity department parlance, the pasted snipe on the back of the photo announces: "'Frankenstein' Creator Originates Werewolf Guise For Film", and states that it took five months of research, five months of preparation, and five hours every day to apply the makeup.

The Wolf Man makeup was to be Jack Pierce's last great monster creation. While he would make the Wolf Man, Frankenstein's Monster, and Dracula in future films for Universal, never again would he have quite the same luxury of spending months of prep time and multiple hours with a new monster creation sitting in his makeup chair, "waiting for a new life to be born." 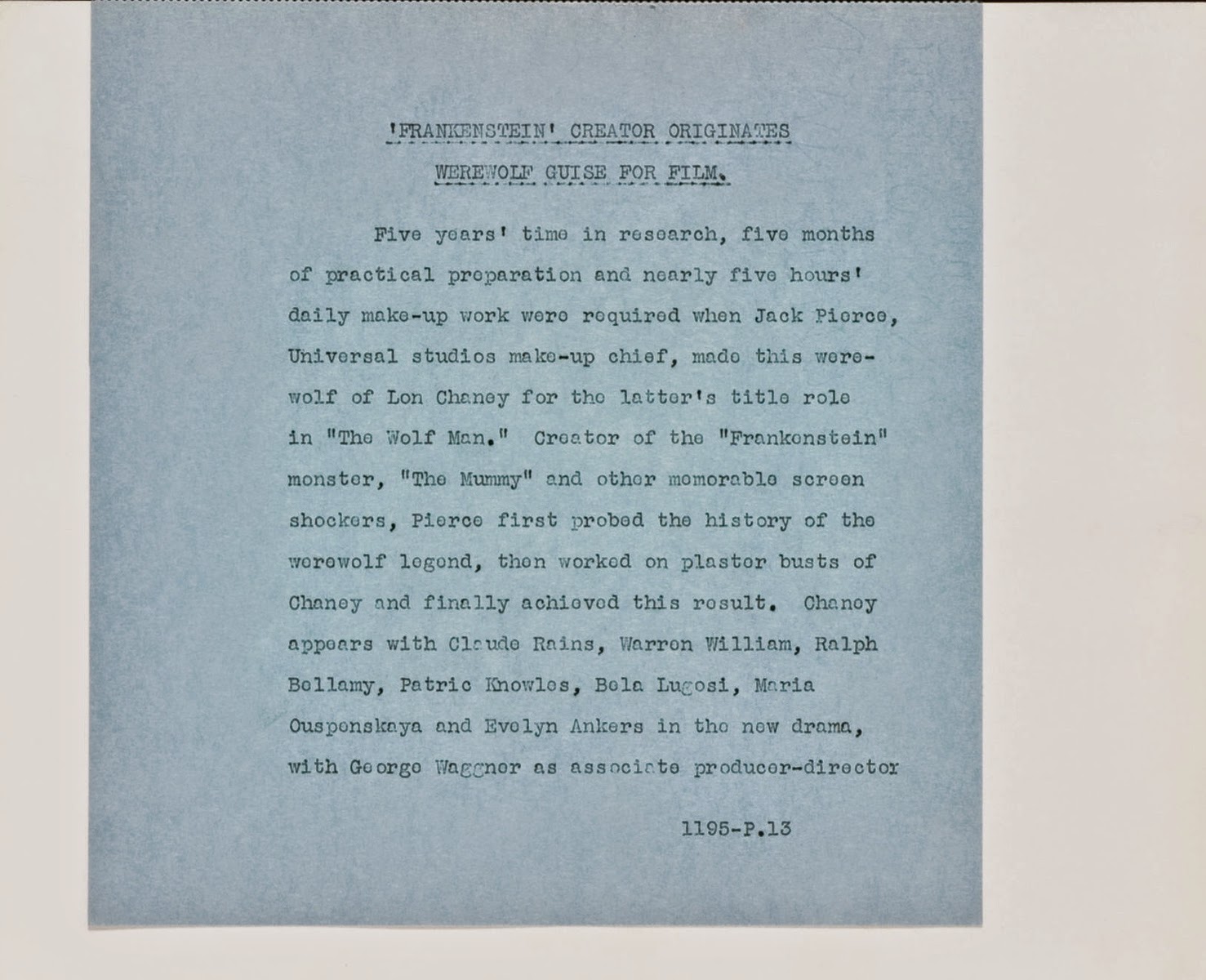