WHO IS MISSING FROM THIS PICTURE? 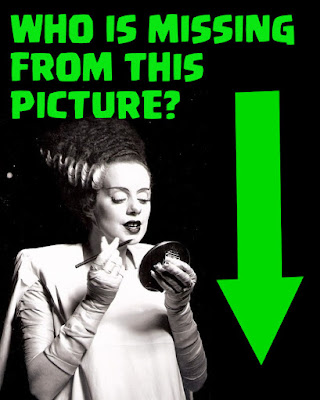 During the filming of BRIDE OF FRANKENSTEIN a backstage photo shoot was arranged to promote the titular character. Elsa Lanchester was pictured in several photos looking into a mirror and applying makeup to herself in a parody of "beautification".

The June 1935 issue of NEW MOVIE MAGAZINE featured a two-page column entitled, "Hollywood Day by Day". In the upper right-hand corner it is plain to see Jack Pierce included in one of the photos that normally shows only Elsa. The caption reads: "Elsa Lanchester wears fantastic make-up for 'Bride of Frankenstein'". One of the reasons was this may have been buried for so many years is that searches for "Jack Pierce" would have not included a hit for this page since he is not mentioned. 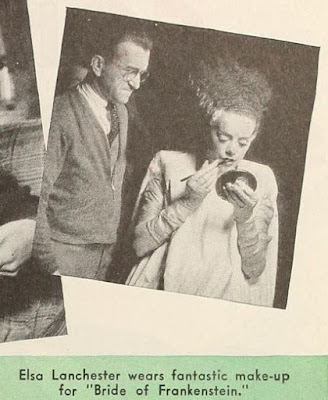 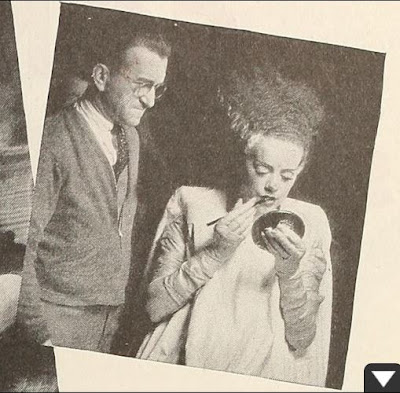 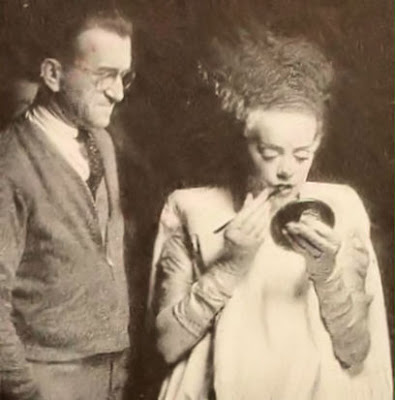 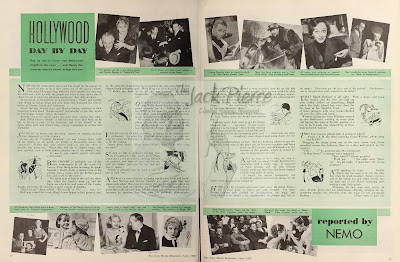